How to Cook Bacon in the Oven

Cooking bacon in the oven is easy and hassle free! Make enough deliciously crispy bacon for the whole family with this simple oven-baked bacon recipe. We’ll show you how to make perfect skillet cooked bacon too!

It’s a known fact: bacon makes everything better. I love it crumbled onto cheeseburger zucchini boats, baked into keto egg bites or all on its own with a helping of scrambled eggs on the side.

Why Cook Bacon in the Oven

Like most cooks, I first learned how to cook bacon on the stove. It’s not difficult, but it can be time consuming–especially if you’re cooking bacon for a crowd. It’s also incredibly messy, with splatters all over the stove, and me!

Once I learned how to cook bacon in the oven, it became my go-to method.

Sometimes though, you need to cook bacon in the microwave or on the stove top. I’ve got tips and tricks for all the cooking methods!

How to Cook Bacon in the Oven

Pro Tip: If you’re using foil, make sure to put the non-stick side up.

How to Cook Bacon in the Skillet

Oven cooking is the most practical choice for making larger batches of bacon. But if you only need a few strips for a meal, old-fashioned skillet cooking is the way to go.

In testing, we also noticed that the skillet cooked bacon was less greasy than the oven cooked version, although both were delicious.

How to Cook Bacon in the Microwave

Let’s say you’re really short on time. Maybe you don’t feel like washing a skillet or baking dish. But you still want bacon!

Cooking bacon in the microwave is an easy hack that can save you time and energy if yo only need a few strips to add to a recipe.

Microwaving bacon is my least favorite way to prepare it. While it does get crispy (and is still delicious because it’s BACON!) it will be dry without the shine of the other cooking methods.

How do you store cooked bacon?

Bacon tastes best when freshly cooked. You can store cooked bacon in a sealed container in the refrigerator. It’s a delicious addition to cold salads, omelets and more.

How long does cooked bacon keep?

Stored chilled, cooked bacon keeps well for up to 4 days.

How long does a pack of bacon keep in the refrigerator?

Can I freeze uncooked bacon? How long will it keep?

An unopened package of uncooked bacon can be stored in the freezer for up to 8 months.

What do you serve with bacon?

Serve this crispy oven cooked bacon with eggs for a protein packed breakfast. It’s a delicious addition to salads and you’ll love it sprinkled on top of this hearty Crack Chicken Recipe!

Bacon is absolutely approved on keto eating plans! It’s high in protein and fats with negligible carbs. If you’re following a no sugar diet, make sure to check the labels and choose a brand of bacon with no added sugars.

Storage for all cooked bacon: Cooked bacon will keep in the refrigerator, in an airtight container, for up to 4 days.

Knowing how to make bacon in the oven, the skillet and even the microwave means you’re always ready to add more satisfying flavor to your meals. Bacon is always a good idea! 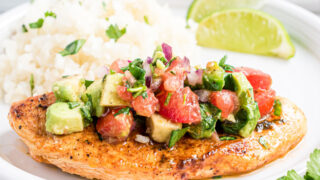 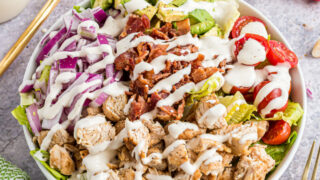 The BEST way to make bacon! So easy & delish!

This is the only way I make bacon now The BEST!

Can you cover the bacon in the oven to keep the splattering down and if so what?

More from No Sugar No Flour